Wow. A lot has happened since my last post.

I have officially moved back to Toronto. Which is awesome. I know I mentioned that I was a little sad to leave Windsor, but now that I'm back in Toronto, I'm much happier. I work full time at Bunner's Bakeshop, which is so much fun. I really enjoy everyone I work with, as well as the job itself. As well, I've moved into my own apartment! It's cute and in an awesome location. Finally moved to the west side, who knew it was so much better over here?

I've haven't been doing too much baking at home, work eats up a lot of my time and plus, I love the goodies that we make! I'm looking to get back into the groove of selling baked goods/specialty cakes again, but I will wait for Easter to be over.

Let's see, what have I been up to the past four months?! Well I was part of the Totally Fabulous Vegan Bake-Off this year. It was fun, but stressful. I'm glad that I know what it entails now, so next year will hopefully go more smoothly. I made a gluten-free brownie, filled with a chocolate pudding and topped with coconut whipped cream. It was mega yummy, if I say so myself. I was the runner-up in my category, Glorious Gluten-Free Sweets. I have bigger and better plans for next year.

I'm baking for another event coming up, Vegan Rock. It's a fundraiser for the Toronto Vegetarian Association. I haven't been before, but this is the 5th year that it's taken place. (Can I just say that I've lived in Toronto for years but never knew about any of these awesome vegan events...what was I even doing?!) Anyways, it's a PWYC bake sale as well as show. So I will be donating some delicious goodies, and then hanging around to see some (vegan) bands play. This is taking place on April 6th. Check it out.

Well, I know that I am the worst blogger. I've admitted that to myself a while ago. But I am going to try and get back into selling and at least posting once every week/couple of weeks.

I'm so happy that the weather is finally warming up. I love winter but it definitely gets annoying after a while.

I hope everyone has a great long weekend.

I finally got a new phone! I'm very excited because now I can take better pictures. I still want an actual camera but until then, my phone will do.

The past few weeks have been quite busy. I've been spending a lot of time with some awesome people, and of course, baking. Actually, I don't spend as much time baking as I did before. I just don't have the sweet tooth I did before, so I'm only baking for orders. But it's nice getting back into the groove of baking. I actually have an working interview at a bakery in Toronto this week, which I'm quite excited/nervous about. It looks as though I will be back in Toronto by the New Year. Just a month ago, I couldn't wait to get back to Toronto. I really do love the city and all it has to offer. Now though, I'm less excited. I'm just going to miss all my friends so much.

Anyways, onto the baking. Here are a few things I've made lately. 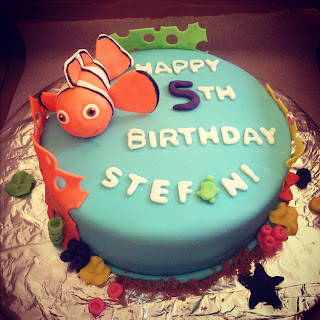 Everything is handmade and edible. The cake is a simple vanilla cake with chocolate icing. 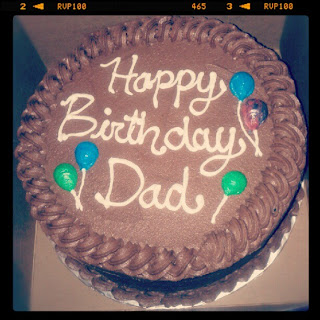 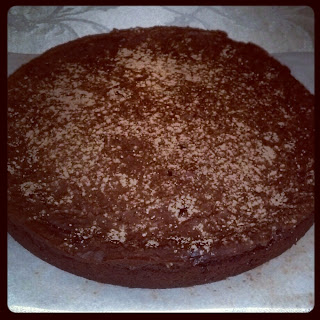 This was so delicious! Double chocolate brownie cake. The photo does NOT do this cake justice...it's just so yummy. 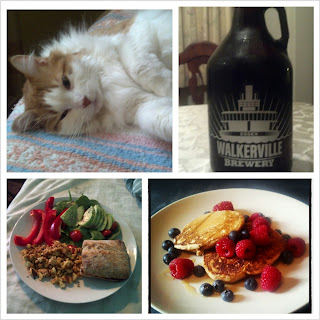 Well that's my life recently! I'm making another cake this weekend, so there will be more pictures coming up. Oh and don't forget to add me to instagram: nafflescakes

Hope you have a great week!

Some things going on in my life lately.

So here are some things I've been making/eating lately. I have a few specialty cakes lined coming up in the next two weeks, so there will more blog posts coming up! 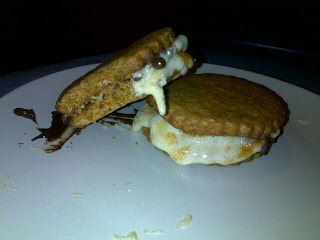 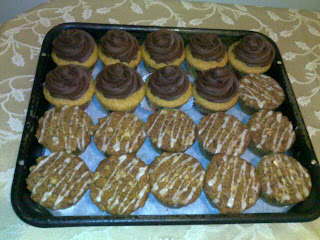 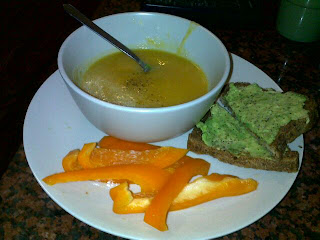 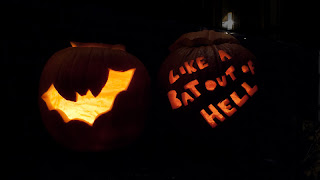 So that's what has been going on with me. Lately, I've been busy looking for an apartment and new job for when I return to Toronto. I am planning on being back in Toronto by January 1st, possibly before that depending on the job situation.

I hope everyone is enjoying fall. Personally, I cannot wait for it to snow! I'm just so excited for the cold weather.
Posted by NAFFLES at 17:24 1 comment:

Cupcake of the Month: October

So I am really going to try and blog more. I know I've said this before, and I'm sure I will say it again. But I really would like to update more often. I am baking a lot more since I'm not working, so I just need to get into the habit of photographing what I make.

Well, it's apple season. I love to go apple picking, but usually I go too late. This year, I actually went at the right time! Sadly though, there were no apples to pick. Because of the multiple frosts we had earlier in the year, there is a shortage of apples. I mean there were apples, but they had already been picked. So we just had to pick them out of bins, rather than off the tree.

After my friends and I got apples, we made some apple spice cupcakes with a crumb topping. These were mega delicious, and I'm sad that we devoured them before I could take a picture.

I hope everything is having a good month!
Posted by NAFFLES at 22:40 No comments:

Wow it's been a long time. I have a million excuses but the truth is- I just forgot to post. Other things became more important and here I am two months later.

I have temporarily relocated to Windsor, ON. While I am still able to sell things to the GTA, specialty items such as cakes can only be sold here in Windsor.

I will be back in Toronto, I'm just not sure when yet!

I will try and update as much as possible, although I have yet to bake since being back here.

Talk to you soon.
Posted by NAFFLES at 14:42 No comments:

I just wanted to announce the winner of the giveaway Elycia held, It's Mel from Smiles from Mel!

As well, I'm sorry about the lack of posts. I haven't been baking much at home, which is unusual. Work has been mega busy, and filled with a lot of recipe testing-and eating. So I've been getting my sweets fix during work hours.

I just bought some delicious amber maple syrup from my local farmers market, so expect some yummy treats featuring that!

I hope everyone is having a great summer, it's going by so quickly! I can't even believe it.
Posted by NAFFLES at 13:22 No comments:

I keep trying to make a perfect crumble bar, but I never succeed. Don't get me wrong, I do make some delicious bars. But none of them are perfect. Even this one; it's delicious, but not perfect. 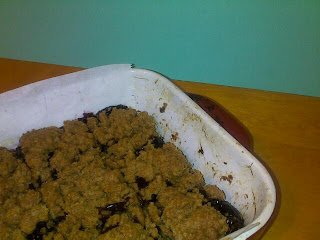 It might be because I have no idea what I am looking for. As a kid, I never liked fruit as dessert. I ate fruit all the time, but dessert was chocolate or cake or cookies. So maybe I will just never find a perfect crumble bar because I will never think a crumble bar is perfect. Not compared to chocolate chip cookies or a slice of red velvet cake. Who knows.

Regardless, these were yummy and I'm going to bring them to a picnic today so hopefully other people agree! 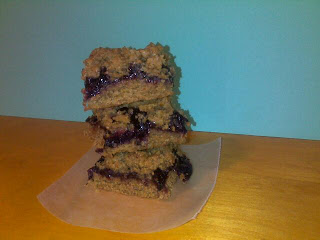 I made these because I bought 8 dollars worth of cherries. That's a lot. And I didn't mean to. But it happened. And cherries hurt my stomach, but  they are delicious so I deal. But eating that many wouldn't be the best idea, so I cooked them down into a jam and made a crumble!

If any of you have a great crumble recipe, send it my way!
Posted by NAFFLES at 06:37 No comments: